Beginning directly outside the pension is a cycling track which is part of a fast-developing network of cycling facilities in the borderline area between Bohemia and Austria. The most popular routes are in Bohemian Canada, a thinly populated region with virgin nature and attractive resting points, e.g., Rajchéřov, Peršlák, Vojířov, etc.

A golf resort named Golf Monachus is located in the vicinity (Bechyně). Other opportunities are in Nová Bystřice (9-hole) or Mnich (18-hole), both approx. 20 km from Rodvínov.

Marked cross-country tracks in the area of Javořice; downhill skiing in Mrákotín and Nová Bystřice.

Jindřichův Hradec Castle and Chateau – third largest historical complex in the country, after Prague and Český Krumlov. It spans over an area of 5 hectares and has 320 rooms.
Červená Lhota – Renaissance chateau built on a rock in the middle of a lake, surrounded with an English-style park.
Landštejn – this fortress from the 1200’s, partly a ruin, is the country’s largest and best-preserved Romanesque defense complexes; the lookout tower offers a view of up to 50 km over Bohemian Canada and Austria.
Roštejn – Gothic castle from mid-14th century; rebuilt in Renaissance style; contains collections of the Highlands Museum in Jihlava (Muzeum Vysočiny)
Janštejn – ruin of a Gothic castle
Telč – this municipal conservation area is on the UNESCO Heritage List; most spectacular Zacharias of Hradec town square; formerly Gothic castle, rebuilt in Renaissance style

Pension U starýho dubu, Accommodation In the guest house U Staryho dubu (by Old Oak) you can stay in one of 11 new rooms or 4 suites, some with a kitchen and terrace. The total capacity is 45 beds. All rooms have a shower, a toilet, TV and a wireless connection to the Internet. 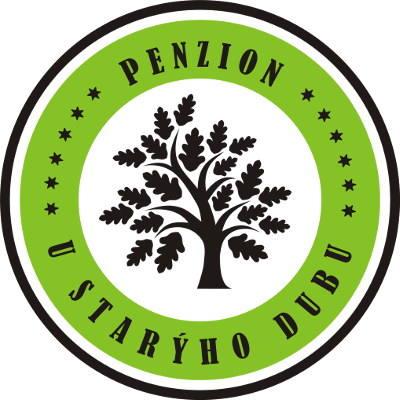